The KGB Museum Riga is unlike any of the other museums you’ve ever been to.

This former KGB Headquarters turned museum, serves as a stark reminder for Latvians and visitors alike, of the pain and suffering humans are capable of inflicting on one another.

I wrote this post to share with you my experience of visiting the KGB Musuem in Riga and what you can expect during a visit of your own.

I strongly encourage anyone planning at least one day in Riga to make time for one of the guided tours at the KGB Museum. The stories told during the tour are impactful and will resonate with you long after you’ve returned home.

A Look Inside the Secret KGB Museum in Riga

Here is an extremely brief history about KGB in Latvia to give you some perspective before we get started.

In 1940, the former Soviet Union invaded Latvia and the other Baltic nations. During their 50 years of occupation, the Soviet Secret Police, otherwise known as the KGB (or Cheka), terrorized the citizens of Latvia.

The KGB Headquarters was located on a residential street in Riga not far from the city’s Old Town. That building was referred to as The Corner House or KGB Building.

While the last remaining political prisoners left the building in 1991 once the Soviet occupation ended, you will hear many Latvians tell you they will not go anywhere near that neighborhood, even to this day.

That should give you a hint about the impact the KGB and Soviet occupation had on the citizens of Latvia.

This activities unfortunately included the housing of political prisoners along with their interrogation, torture, and often times, execution.

Inside the main exhibition you’ll find several large timelines that put into perspective what was happening in Latvia, Europe and the former Soviet Union between the 1930s to the 1990s.

In a separate room off the main exhibition area you will find a film playing recorded interviews. These interviews were conducted with individuals who had extensive knowledge of the KGB in Latvia, were held prisoner by the KGB, or had family who had been taken there.

These stories are hard to hear but give you a real sense of what life was like during the time of the KGB in Latvia.

Our tour guide spent a significant amount of time describing for us what life was like as a prisoner at the KGB House. We were told the cells were intended to hold only two to four people but were commonly packed with dozens of prisoners in each cell.

There were not enough beds for all the prisoners, so most just slept on the floor. The beds did not have mattresses, blankets, or pillows. There was a bucket placed in each cell that served as the toilet.

There were several interrogation rooms inside the KGB House and the guided tour included a visit to one of them. The room still contains the original table, chairs, and wallpaper.

We also learned that the hallway between the interrogation room and the prison cells was lined with red carpeting. This was so the guards didn’t have to clean up the floors after an interrogation and you wouldn’t be able to see any blood that may have dripped on the floor.

The guided tou also included a visit to the kitchen. You can see the old wood burning stoves in the picture that were used when the prison first opened.

Prisoners from one of the local jails would work in the KGB House kitchen preparing food for the prisoners there. We were told they would often just be fed old bread and soup made from rotten vegetables.

You can see in the photograph above that the kitchen was upgraded with new equipment in its later years, though its cleanliness remained questionable.

Detainees were reported to be constantly hungry and malnourished due to the low nutritional value of the food they were being fed.

Our tour guide informed us that Latvian citizens would be sought out and detained by the KGB for a variety of reasons, but often because they were believed to be speaking out against the Soviet Union.

Citizens could be approached and detained by KGB officers out in the street or at work or even at home. Newly detained prisoners would be led to the registration at the KGB House through the closed courtyard. This way, nobody from outside could see when new prisoners were brought in.

Inside the registration room the new prisoners would be assigned a number and a cell and have their personal possessions taken. They were often not informed of the reason they were being detained.

As I’m sure you’ve guessed, they were also not given the right to contact an attorney.

Visiting the execution chamber was the hardest part of the tour. It’s not easy to stand in a place where so many lost their lives.

We were told by our tour guide that the interior of the execution chamber was lined with a rubber cloth. There was also a drainage hole in the corner of the floor used to remove the blood from the room after an execution.

It is reported that several dozen Latvians were killed inside the KGB House between 1940 and 1991.

Opposite the execution chamber is a wall of photographs depicting former prisoners of the KGB House.

Our guide informed us they did not know the identities of these particular prisoners. They placed their photos on display in hopes that someone visiting may be able to idenfity someone from the photos.

My thoughts after visiting

Visitors will see many photographs of prisoners placed strategically along the walls throughout the building. I found that seeing those photographs made the stories seem more real, and more horrific.

Having the opportunity to see the faces of those that experienced these atrocities first hand allowed me to feel a connection to those imprisoned there, even if just because of our shared humanity. I appreciated how purposefully that was done.

Come to the KGB Musuem, take the tour, and let’s learn from this history together.

This is a video showing the inside of the KGB Museum by travel vloggers Kara and Nate. It starts off with a tour of Riga, but you can forward to 4:35 into the video to see the start of the KGB Museum tour. At the end of the video you will get to see parts of the KGB building not typically shown to tourists.

I hope I’ve convinced you to pay a visit to the Corner House during your visit. This remains one of my most memorable experiences from my trip to Latvia and I hope you’ll take the time to join the tour as well. Thanks so much for reading. 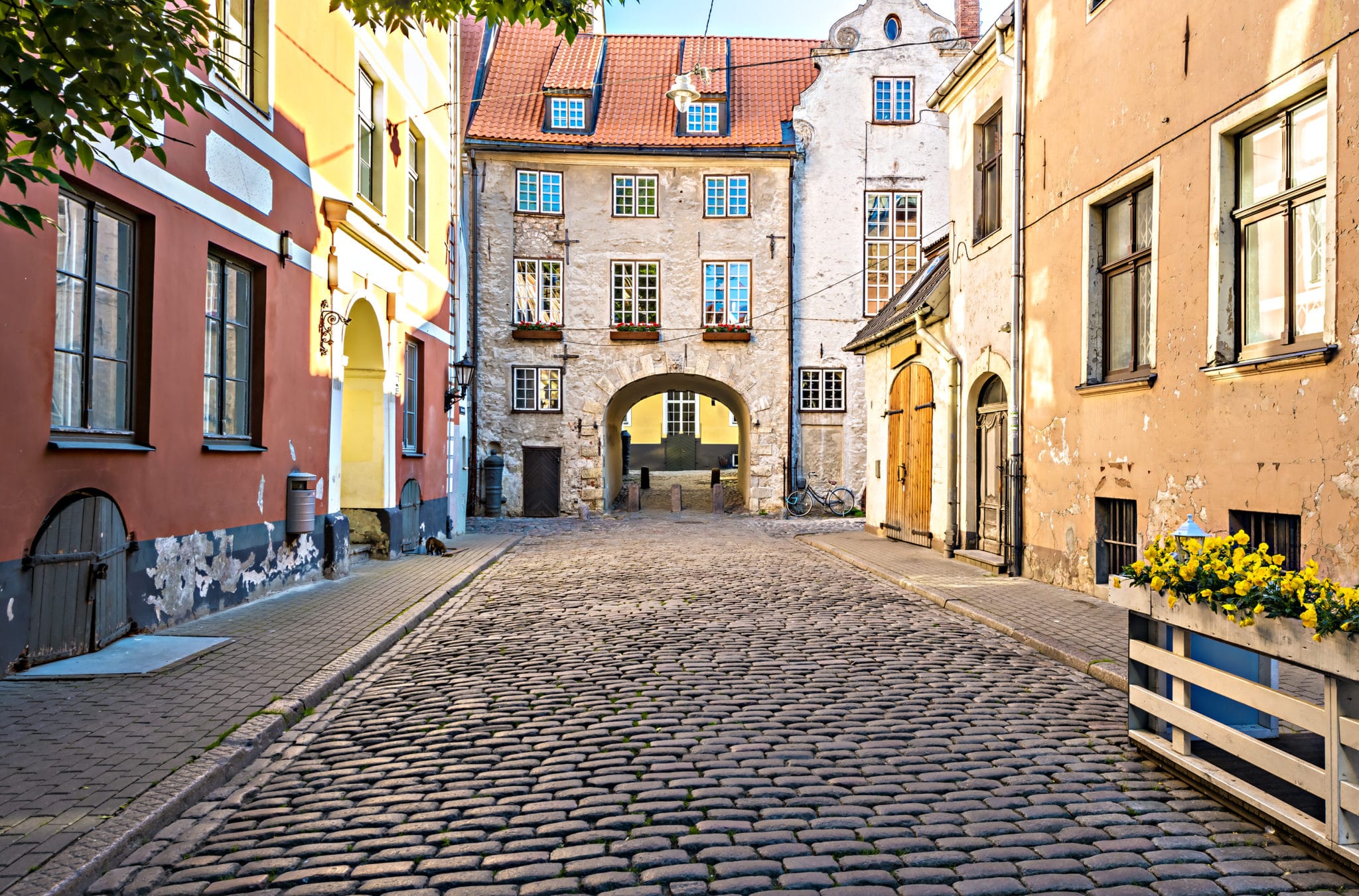 One Day in Riga Itinerary

Photo by Pumpizold A. I’m not gonna lie, I didn’t have high expectations while planning my trip to Riga last year. But I gotta tell ya, …
Read More 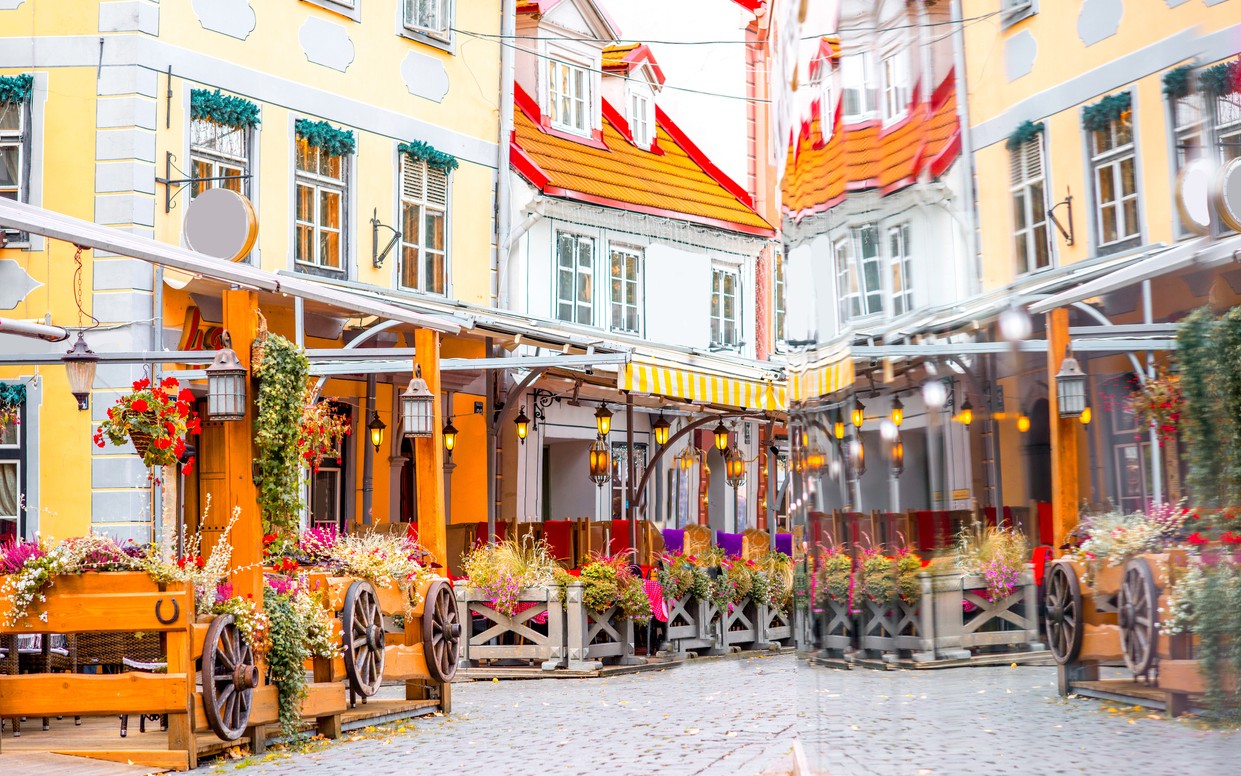 Where to Eat in Riga

Photo by Ross Helen If you’re in the midst of planning a trip to Latvia you’ll soon find yourself wondering where to eat in Riga. And …
Read More 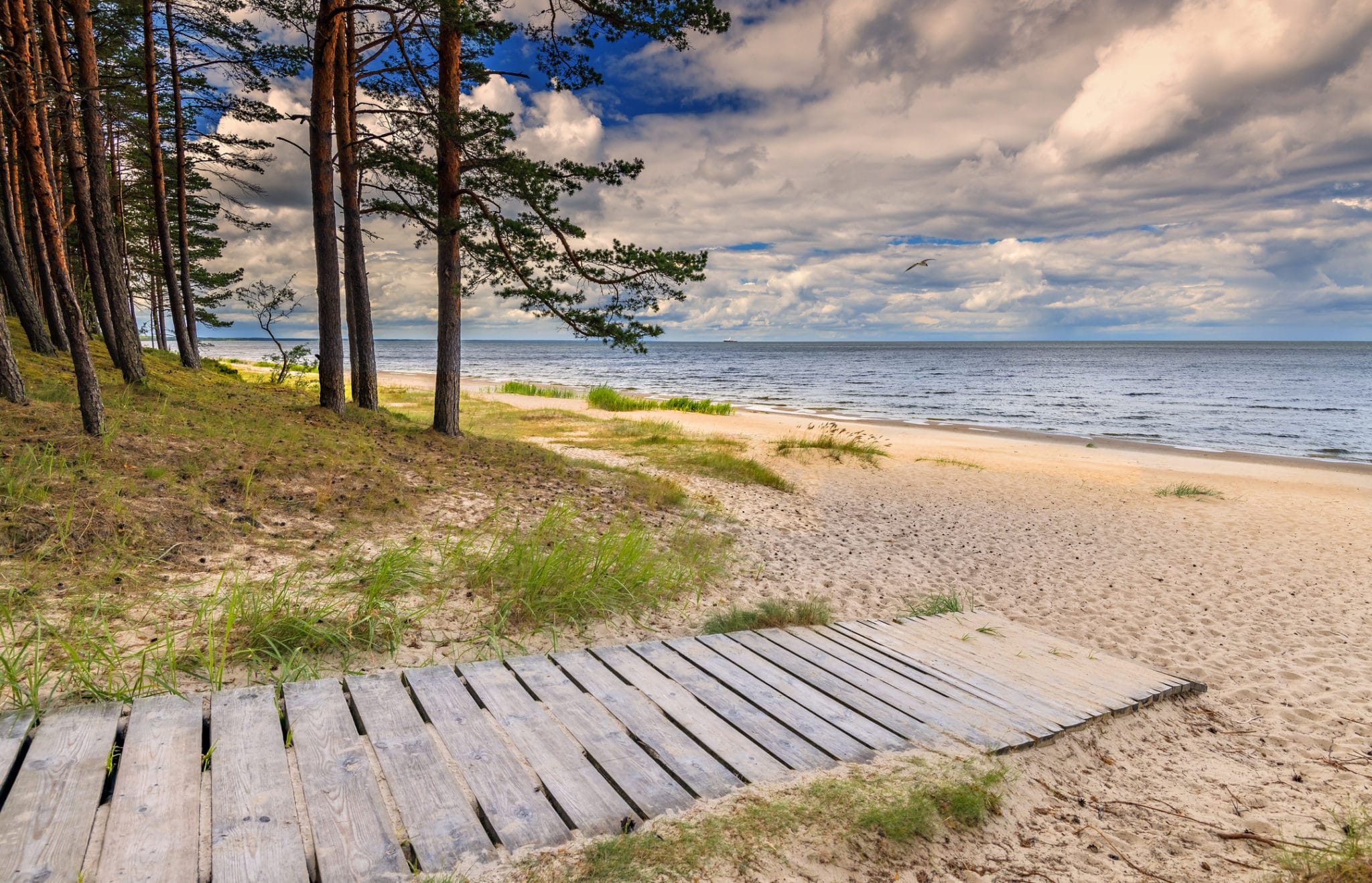 Photo by Gorsh 13 If you’re planning a visit to Latvia, you absolutely must make time to explore outside the capital city and include a few …
Read More 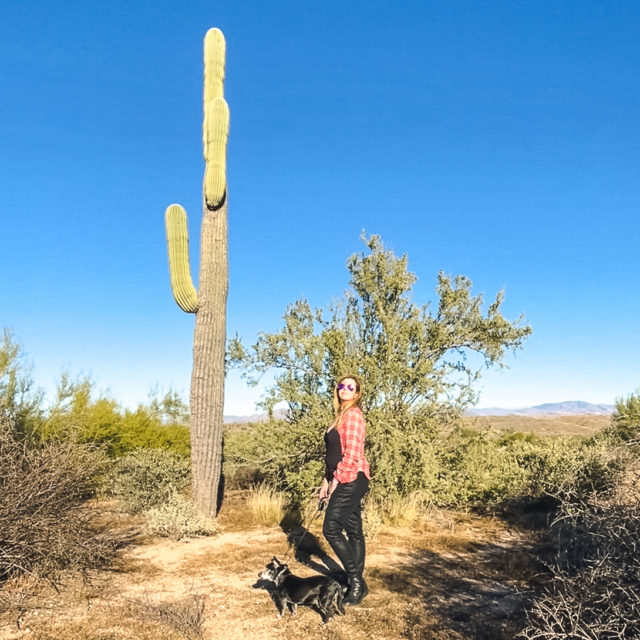 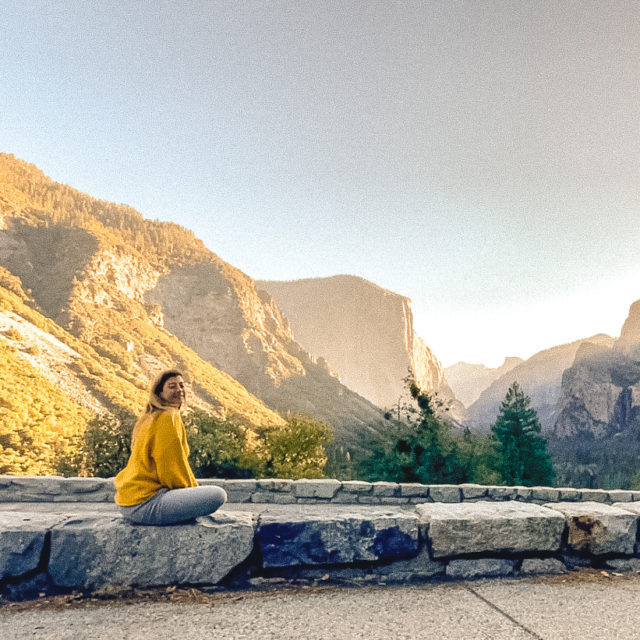 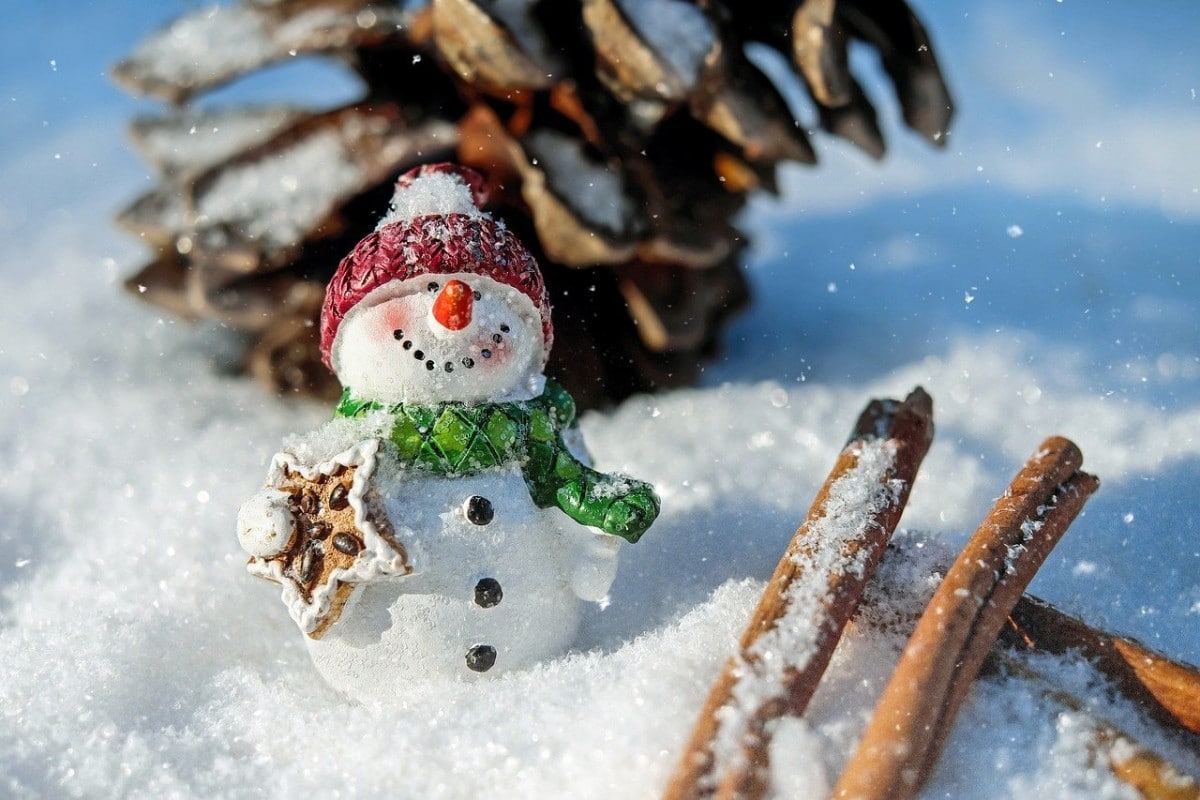